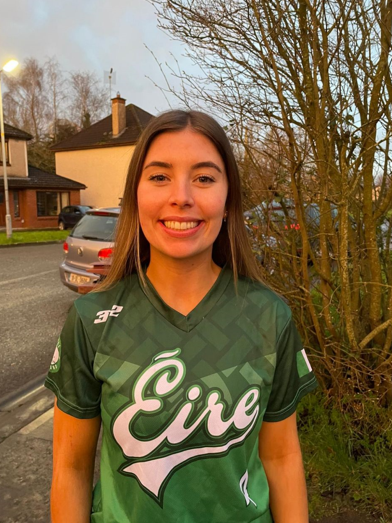 Fastpitch Ireland have announced the appointment of Sinead O’Leary as Strength & Conditioning Coach. Sinead will support the Director of Fastpitch, Melanie Cunningham, through creating and implementing a strength & conditioning programme for all levels of Fastpitch Softball in Ireland.

Sinead, who has a degree in Exercise and Health Fitness from the University of Limerick, will bring knowledge and guidance to the national team programmes in particular as they build towards key tournaments in 2022.

Sinead is a current member of the Women’s National Softball Team representing Ireland at the highest level in Europe whilst also winning a bronze U22 European Championship medal in 2018. Sinead is also a talented multi-sport athlete playing soccer, camogie, gymnastics, badminton, rugby and tennis at a high level.

Speaking on the appointment of Sinead, Director of Fastpitch in Ireland, Melanie Cunningham said:

We are delighted to appoint Sinead as our Strength & Conditioning Coach. Core fitness, preparation and recovery are key elements of successful teams and I look forward to working with Sinead to put plans in place that will ensure the Irish national teams are prepared appropriately to peak at major tournaments. Sinead not only adds her considerable strength & conditioning knowledge to our programme but she also adds an in-depth knowledge of what is needed by a player to perform successfully at the top level of Softball. I am also delighted that Sinead will not only help Ireland off the field to prepare for tournaments but she will also continue as a player on the field as we seek to qualify for the 2023 Softball World Cup.

I have always had an interest in sport and played a number of sports as I grew up. As I got older I was introduced to softball and I instantly connected with it and I have been lucky enough to play at two European Championships with the WNT, making great friends along the way. Due to my love for sport, I wanted to work in the sector and having earned a degree in Exercise and Health Fitness from UL, I look forward working with Women’s National Softball Teams to share what I have learned in my career to my role in Strength and Conditioning in Fastpitch Ireland and to help the players perform to their best.